What Is Depression? Causes And Symptoms Of Depression 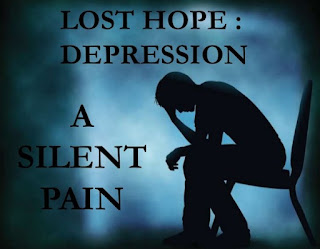 When I have Depression

Depression  is marked by feelings of worthlessness, guilt and reduced ability to enjoy life. It interferes patient's concentrations, decision making and sociability. The common features of  this disorder is the presence of sad, empty, or irritable mood, accompanied by somatic and cognitive change that significantly affect the individual's capacity to function.

When I have Depression!

There are different types of depression including: 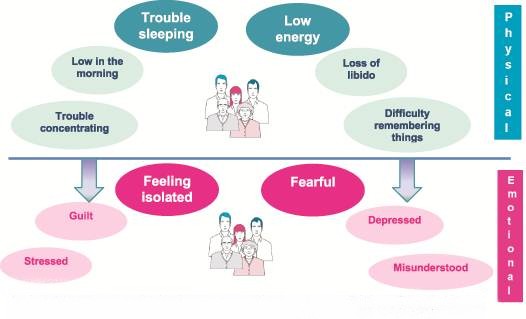 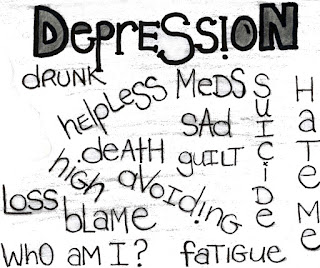 including the following:
Abuse:
Past physical, sexual, or emotional abuse can cause depression later in life.

Certain medications:
Some drugs, such as antiviral drug interferon-alpha, and corticosteroids, can increase your risk of depression.

Conflict:
Depression in someone who has the biological vulnerability to develop depression may result from personal conflicts or disputes with family members or friends.
Death or a loss:
Sadness or grief from the death or loss of a loved one, though natural, may increase the risk of depression.

Genetics:
A family history of depression may increase the risk. It's thought that depression is a complex trait that may be inherited across generations, although the genetics of psychiatric disorders are not as simple or straightforward as in purely genetic diseases such as Huntington's chorea or cystic fibrosis.
Major events:
Even good events such as starting a new job, graduating, or getting married can lead to depression. So can moving, losing a job or income, getting divorced, or retiring.
Other personal problems. Problems such as social isolation due to other mental illnesses or being cast out of a family or social group can lead to depression.
Serious illnesses:
Sometimes depression co-exists with a major illness or is a reaction to the illness.
Substance abuse. Nearly 32% of people with substance abuse problems also have major or clinical depression.