What Is Abnormal Behavior?

What Is Abnormal Behavior?

Ideas about acceptable behavior change over time, sometimes slowly, sometimes more
rapidly. Similarly, ideas about Psychological abnormality change from century to century and from     society to society. “Abnormality”, “madness”, “mental illness” – by whatever name – is relative concept.
Abnormal behavior is behavior that deviates from what is expected. The study of abnormal behavior is called abnormal psychology.

"Abnormal behavior may be defined as behavior that is disturbing, distressing, maladaptive, and often the result of distorted thoughts."

Deviant refers to behavior that differs markedly from socially accepted standards of conduct. In many cases, the word has negative connotations.

2. Different:
Different also suggests behavior that varies significantly, at least statistically, from the accepted norm, but does not usually have negative connotations.

3. Disordered:
Disordered implies a lack of integration in behavior; the result may be impairment of a person’s ability to cope in various situations. 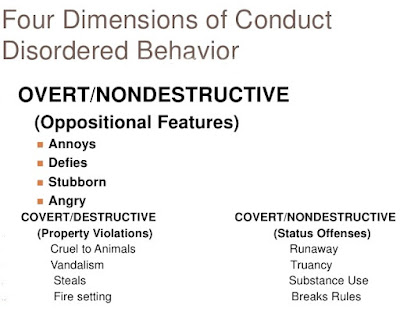